Nielsen's Grove is thought to be the first official park in the State of Utah. This park, begun in 1880 by Danish immigrant Jorgen Nielson, plays a role in Orem City from its earliest beginnings to the present day. In 2003, the park was added to Orem's official green space when it was brought back to its former glory.  The park contains a water fountain, a reflecting pool, a rebuilt carousel swing, picnic pavilions, walking pathways, a playground, parterre gardens, and a natural pond populated with ducks.
Orem's Nicest Realtor, Denise Martin (801) 602-9552 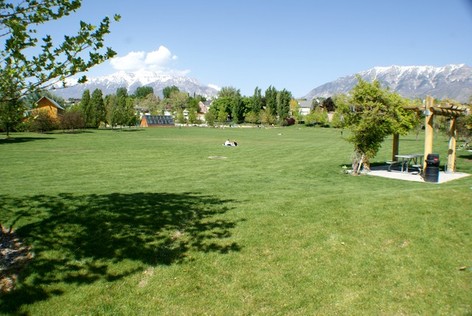 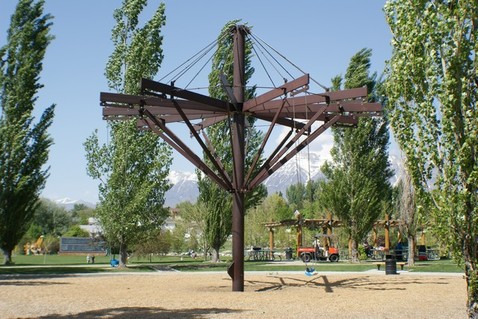 Nielsen's Grove Park - Historic Swing - Orem Utah
Nielsen's Grove Park History
When King Fredrick IV of Denmark built his castle in Odense in 1730, he oversaw the creation of a castle garden known as "Kongens Have," or literally "The King's Garden." Jorgen's Uncle was a gardener in the castle garden, and as a youth Jorgen would often visit the gardens. 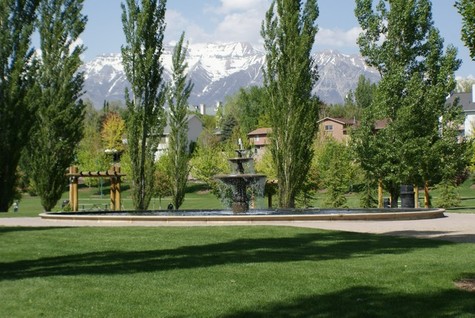 Nielsen's Grove Park - European Gardens - Orem Utah
Design Elements from Europe
Jorgen designed his garden using elements from the design at Kongens Have. The centerpiece of the garden was a fountain powered by a natural spring. Four white marble statues decorated the fountain. A vagrant who stopped to beg for food reportedly noticed the marble and offered to carve the figures. Three of the statues are currently housed at the Daughters of the Utah Pioneers museum in Provo, while the location of the fourth is unknown.

In addition to the fountain, the park also contained a reflecting pool, a covered dance floor, a steam-heated greenhouse, vine-covered arbors, and a 12-seater carousel swing. Excursionist came from all over the valley and Salt Lake to picnic in the popular park. Nielsen's Grove remained a tourist destination until 1910 when drainage from the benches above turned it into a swamp. The area was later abandoned and used as wheat fields during WWI. 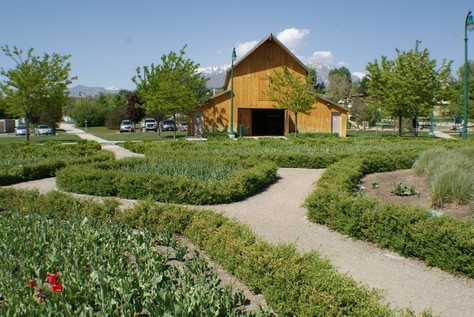 Nielsen's Grove Park - Barn - Orem Utah
Nielsen's Grove Park
In 1995 Orem city purchased the property where Nielson's Grove had been located, hoping to recreate the historical park. Headed by the Orem City Historic Preservation Committee, many people did research and worked to return the park to its former glory.  Only a short distance away from the busy freeway, the $2.8 Million Nielsen's Grove now stands as a 22-acre haven from the world. Quiet couples walk arm-in-arm across the grass. Children play energetically on the six-seater carousel swings, while ducks meander happily on the natural pond. "This is not the kind of park for soccer, but it's very popular for picnics with families and for youth activities and ward activities," Orem City Manager Jim Reams said. "It's a flower park. Go in April; the city has 24,000 tulip bulbs planted."    BYU Daily Universe