Opened in September of 2009, the Noorda Regional Theatre Center for Children and Youth, adjacent to the Gunther Building on UVU Orem campus, focuses on giving Kindergarten through High School Students (as well as UVU students) more exposure to theater and speech-based activities, both as audience members and as creators. 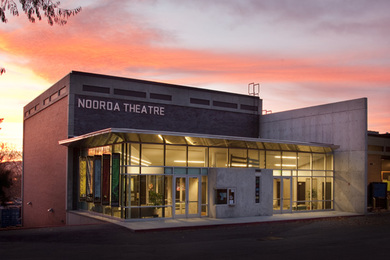 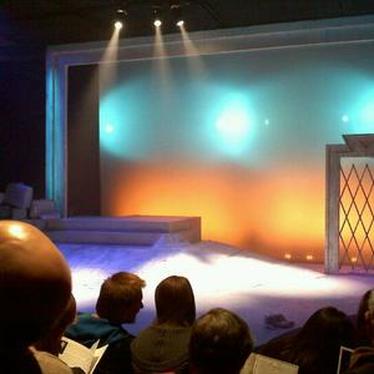 The Noorda Theater mission is to provide young people ages 5 to 18+ with high quality, innovative, participatory theater, speech, storytelling, dance experience, and training taught by professionals in each field; to reflect the diversity of the communities served; and to help students develop skills and broaden their horizons, as people and artists.

The building and an arts program with the same name are both the result of a generous gift from the Ray and Tye Noorda Foundation. 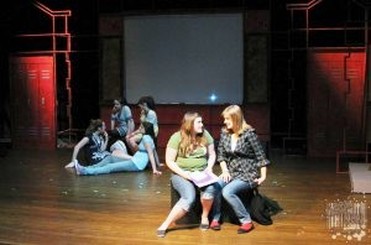 The Utah Valley University School of Arts sponsors over 100 classes for children ages 3 to 18 every summer. Students participate in classes taught by master teachers for one month and star in one of two plays that are performed at the end of the camp for family and friends.  Workshop courses will not have a formal performance, but parents are welcome to peek in on those classes during the last hour on Fridays.
The summer camp was started in 2010 by the Noorda Foundation.  The program is in keeping with Tye Noorda’s vision of helping young people learn how to express themselves through speech and dramatic activities.

All courses are scheduled in convenient three-hour blocks in the morning and afternoon. Young people can take courses from 9AM - Noon and 1PM - 4PM with a supervised lunch period in between.

Course Catagories:“Our hope is that they can develop self-confidence and courage so they can communicate effectively and succeed in life, rather than producing Broadway stars.” said Dr. John Newman, the Noorda Center director. ​ 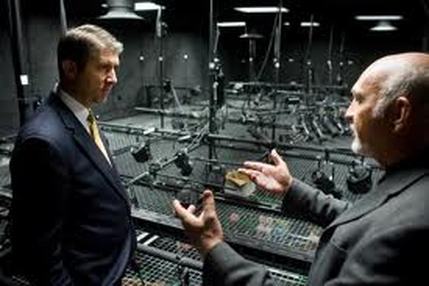 The design for Utah Valley University’s Noorda Theatre by, Axis Architects, provided flexibility through innovation. The 45 foot high theater allows a myriad of options for audience, scene and stage layout. The black box theater includes a flexible seating system that can be arranged with the actors in the center with seating on two, three, or four sides or as a traditional proscenium.

The main theatre has black walls, ceiling, and floor. Spectators are much closer to the actors since there is no formal stage and plays can be set quickly.
Lighting
Instead of a traditional catwalk, the team designed a state-of-the-art walk-on ceiling grid made of woven stainless steel cables. It allows technicians to adjust lights rapidly and safely above the 17 foot high “net.” 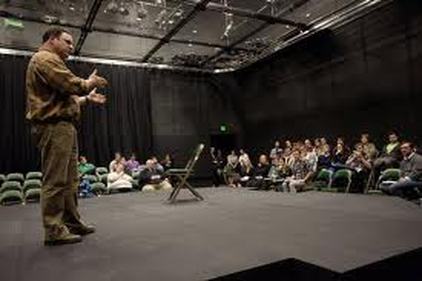 Jason Alexander (Seinfeld Star) lecturing in the Noorda Theatre
Awarded Highest Honors
The Noorda Theatre was awarded the top honor from the American Institute of Architects (AIA). The AIA honors new projects and top architectural firms for their contributions to urban development. The innovative design of the $3 million Noorda Theater allows it to transform its seating configuration from show to show. The theater also houses a mesh lighting grid that is strong enough for actors and technicians to walk on, but capable of "disappearing" once the stage lights come on. The Noorda Theatre also offers classrooms, rehearsal spaces and smaller performance venues.

The facility has been one of the first in the nation to integrate video technology, making it possible to archive shows or workshops and instantaneously share them with other professionals across the world. 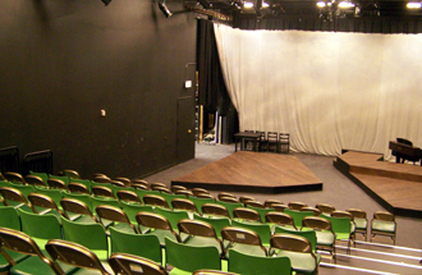 A Seating Arrangement in Noorda's Black Box Theater
What is a "Black Box Theater?"
The theater room is typically square and painted black, because black is a neutral color which will not clash with costumes, sets, and lighting. The floor is flat and open, allowing people to arrange seating however they desire, and many black boxtheaters are designed to accommodate risers and platforms to create a raised stage, if desired. Rigging is accomplished on girders overhead which can hold set pieces, lighting, curtains, and so forth.

Please Be Courteous
Due to numerous patron, performer, and directorial complaints, UVU theaters have a latecomer’s policy. Ticket sales and seating will end promptly at curtain time; this includes all will-call tickets. No one will be admitted after the performance begins until intermission.  Late-comers will be able to view the performance from a television in the lobby.