Orem's Nicest Realtor, Denise Martin (801) 602-9552
Utah Valley University's Ragan Theater has been the University's premier venue for theater, speeches, and presentations since 1994.  It is located in the Sorenson Student Center on the north-side of campus.  Many events held at the Ragan Theater are open to the general public as well as UVU Students.  In addition, the theater can be rented by outside groups for their own events. 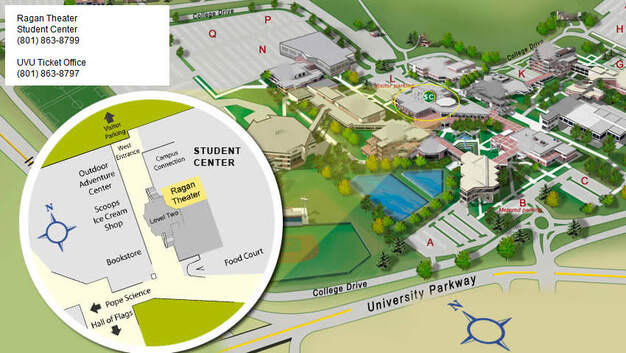 Parking for the Student Center can be found in Lot "L", which is a pay lot, $2 per hour Mon-Fri 7am-10:30pm.  First 15 minutes is free.  ​
Rent the UVU Ragan Theater
​For questions about reserving the Ragan Theater, please contact:
Event Services 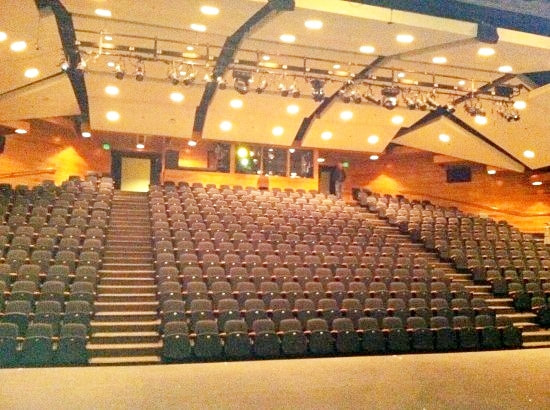 UVU Ragan Theater Seating - Orem UT
Naming the Ragan Theater
The Utah Valley University Ragan Theater was named after Florence Huntington Bullock Ragan in December 1994, back when it was known as the "Student Theater" at Utah Valley Community College (UVCC.)  In 1956, Ragan started Bullock’s Jewel Box which later turned into Bullock and Losee Jewelers. Florence is recognized for her endless service and support of local and civic organizations, especially UVU (UVCC.)

Ragan’s daughter, JoAnn Losee has also been a huge source of support for the University. JoAnn provided the donations used to build the Ragan Theater, which is used for concerts and lectures, and asked that it be named after her mother, Florence, in remembrance of her continuous hard work and support.