Utah Valley University (UVU) was established in 1941 as a vocational school.  It evolved into a technical school, then a community college, state college, and finally in 2008 obtained University status able to offer post-graduate degrees. Today, UVU has more than 29 buildings for classrooms, labs, research, and administrative uses. The University has over 36,000 students, representing 32 different countries and all 50 of the United States. US News & World Report ranks UVU among the top four comprehensive four-year public institutions in the West. 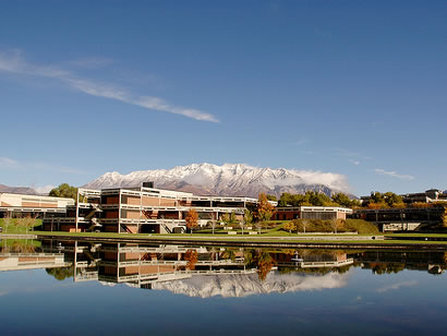 UVU is an open-admission university, meaning no student is denied admission. The institution does, however, have enrollment standards. In order to help students enroll in courses that match their academic preparation and ability, admission to UVU requires that every student submit ACT/SAT scores, Accuplacer assessment results (if necessary,) an official high school transcript, and a $35 application fee.  Watch this UVU Video Tour. 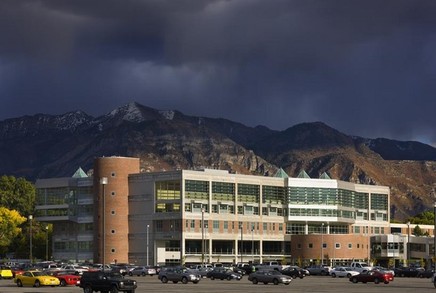 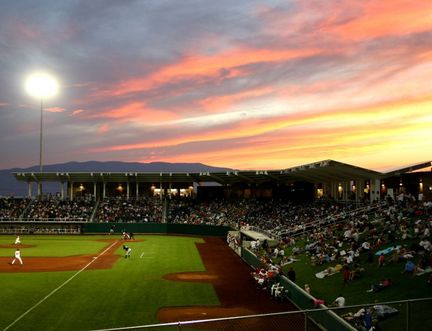 The new track is situated northwest of the UVU Events Center parallel to 1-15, an ideal location for people driving by to see the UVU track team practicing and competing. The construction, which cost $1.5 million, was completed on October 6, 2010.  UVU hosted the Great West Conference Outdoor Track and Field Championships spring of 2011. 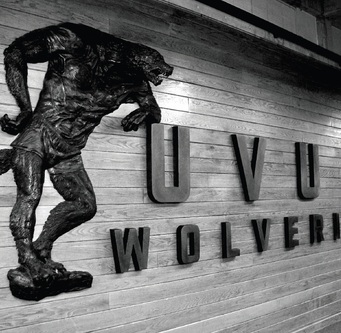 UVU Wolverine Statue - UVU Mascot Willy the Woverine
The Woverine Mascot
The need for a school mascot came about in the early years of the school’s athletics program. Multiple sources agree that the student body voted for the wolverine over other animals.

According to Barbra Wardle, the sculptor who made three of the school’s wolverine statues on campus, President Wilson W. Sorenson was exceptionally fond of this choice. Wardle remembers Sorenson comparing the school to a wolverine because of its small size and fearless attitude.

Soon after the mascot was decided, the school purchased a large furry wolverine suit.

Today, Willy the Wolverine, named for Wilson Sorenson, can be found promoting school spirit at most of the school’s sporting events and on YouTube skydiving and wakeboarding. UVU Review
*Prices subject to change without notice.  SoldByDenise.com created this website on a particular date and does not regularly update with new pricing information, contact details, or availability.  This is not an endorsement of any named businesses but is for informational purposes only.  All information is copyrighted and may not be reproduced in any manner without permission. Feel free to link to this site.  If you are aware of any correction needed, it would be greatly appreciated if you notify us.